skip to main | skip to sidebar

ANZAC day again.. what does it mean to you? Do you pause momentarily? Do you watch the dawn service on the television? Is it just another public holiday, a long weekend to catch the last warm days at the beach? I hope not. While I was always aware of ANZAC day and what it meant to me, a baby boomer, I didn't actually have any relatives directly involved in the war. Or any war for that matter. And then my husband Mark told me of his late father's experiences in that terrible event..World War 1. You see he signed up at 16. He walked up to the enlisting desk and was asked how old he was. When he said 16, they told him to come back when he was 18. In his own words, "So I walked around the quadrangle and came back to the desk... I'm 18 now sir!" Sign here lad.. a shilling for signing up and away he went. London to the Western Front from where he was eventually moved to Poona in India where he ran the base dispensary. He left home in 1914 and didn't come back until 1921. He left home a 16 year old boy and came home at 23, a Captain in the army, and... literally older than his years. He rarely spoke of his time in the army, but always went to the dawn service, right up till the age of 80.. just before he passed on. He often told Mark that "War changes men" and to be gracious to returned veterans of all nationalities. Since I learned these things of Ron... well I have a new perspective of Anzac Day.
Lest we forget!
Debra
Posted by Taylor at 1:37 PM No comments:

Hi Ladies... I have just uploaded a short video on mastectomy swimsuits. The first one (and there will be some more coming) shows the Amoena $99 special. Have a look and tell me what you think.
Cheers
Debra
Posted by Taylor at 2:53 PM No comments:

So we've finished the newsletter

At last our new newsletter is finished..thanks to Mark. From here it goes to our printer electronically to be printed and then distributed at Month's end. It really is amazing that we can produce a newsletter full of wonderful colorful pictures just by using our little MacBook Pro. Yes our Apple computer is a great business tool. And when you get your copy of the newsletter in the mail, don't forget that apart from our new ranges of products, we will be offering our usual special on mastectomy bras. And it's this: Buy any 2 Amoena mastectomy bars in the one transaction and you will get a 15% discount. This is a 'stand alone" special and any other discount offers do not apply. Speaking of discounts, did you know we offer a Seniors Card discount on all lingerie?

Debra
Posted by Taylor at 10:42 AM No comments:

Wow! They're arrived.. we have Turbans and Caps! 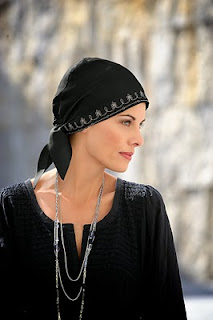 Yes our Scarves & Turbans have arrived at last.. and they are going out the door as fast as we can unpack them. The ladies simply love them. If you're doing chemo at the moment then put some colour back into your life and be stylish at the same time with one of these fabulous scarves & turbans. And they are very light too!
Talk soon
Debra
Posted by Taylor at 2:24 PM No comments: 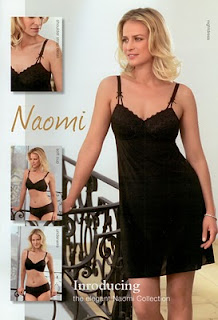 I hope you all had a peaceful Easter. Usually this week is quiet being the school holidays etc. But not this time around. The shop is hopping and we're busy behind the scenes producing our May Newsletter. Keep an eye out for it. We will be showing some new pretty lingerie as well as a stunning bargain for a one piece mastectomy swimsuit.

Debra
Posted by Taylor at 1:52 PM No comments: 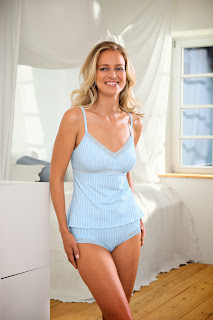 So this morning for the first time we opened the boutique on an Easter Saturday. A few ladies came in and I got a chance to upload the new Emma mastectomy bras to our website. These bras and matching briefs and camisole are literally walking out the door.

Have a safe Easter, Talk soon.

Debra
Posted by Taylor at 6:33 PM No comments: 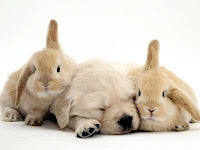 You know, my late mother in law, May Taylor used to have this neat way of dividing up the year. She said that you get over Christmas, then before you know it, Easter has come along. Then it's Exhibition (RNA) time and.. then the run down to Christmas again. Well I must be getting older as it seems like only yesterday we celebrated Christmas. Anyhow.. to one and all have a happy Easter and if you are travelling on the road.. take care.

Debra
Posted by Taylor at 1:58 PM No comments:

This is me with my dog Dorothy